J. Peter Burgess (born 1 June 1961 in Munich, Germany) is a philosopher and political scientist. His research and writing concern the meeting place between culture and politics in particular in Europe, with a special emphasis on the theory and ethics of security and insecurity. He has published 18 books and over 100 articles, chapters, briefs and commentaries on matters as broad as risk and uncertainty, societal security, security technologies, terrorism, surveillance, law and ethics, political and social theory, international relations, gender, and the history and theory of culture.

He was previously Editor-in-Chief of Security Dialogue, a top-ranked international scholarly journal dedicated to innovation in security research and is currently Series Editor of the Routledge New Security Studies collection.

Professor Burgess's research has been funded by the European Commission, the European Science Foundation, COST, UNESCO, the Research Council of Norway, the Nordic Research Council, the Norwegian Ministry of Foreign Affairs, the Norwegian Ministry of Defence, the French Embassy to Norway, the French National Research Agency, the Ruhrgassstiftung, and the Centro militare di studi strategici (Rome).

Professor Burgess has pioneered research about the relationship between societal values and security technologies, advancing a range of theoretical perspectives for studying the ethical foundations of risk and developing new methodologies for conceptualising social, cultural and political values as a basis for risk analysis and risk management. He has made key contributions to the field of Society and Technology Studies (STS) by carrying out innovative research on the relation between societal risk and the technological solutions often applied to address it. In doing so, he has contributed to the revision of the cultural and social history of the concept of uncertainty.

The spiritual energy of geopolitics

The bureaucratisation of societal security in Norway

‘Security’ is a uniquely rich object for critique. It rests on a long and noble conceptual history in Western thought. And yet the provision of security most often consists of a shoring up, through the discourses of nationality, ethnicity, political economy or even science, of what is assumed to be solid at its core but weakened through the contingencies of politics, society, ideology, and so on. The article argues that the critical force of critique stems from the fact that critique itself is a practice inescapably bound up with insecurity, and thus that the critique of security exercised since around 1997 as ‘critical security studies’ is self-replicating. By introducing concepts from Husserlian phenomenology, it attempts to show that insecurity is not a simple feature of an otherwise secure state of life, ripe for critical analysis that promises to expose its false premises. Rather, insecurity lies at the very foundation of critical thought. Building upon the bare and basic question, ‘What does it mean to mean?’, a phenomenology of security asks the straightforward question: ‘What is the security-ness of security?’ It permits one to ask what remains of security when all else is stripped away, what essential minimum must be retained in order for security to be security.

‘Posthuman security’ should here not be understood in distinction from ‘post-human security’. It is not a question here of marking or describing the end or the aftermath of some historical era in which ‘human security’ in its conventional use would no longer play a roll. It’s not because such a claim could not—or should not—be made. Indeed, there are indeed many voices that claim that such a need is at hand, and that just such a historical analysis would be of considerable service. If we were to attempt such a post-mortem reconstruction, we might begin with the early inspirations in the Universal Declaration of Human Rights, the United Nations Charter, the Cold War shutting-down of the concept of ‘security’, the ‘discovery’ of the subaltern, and the new institutional challenges faced in crisis response and development work. We would surely include the break-through 1994 Human Development Report (UNDP, 1994), the creation of the Human Security section at the United Nations, the intellectual triumph, and practical ambivalence of the doctrine of Responsibility to Protect. Instead, the aim of this article, is to ask the question of ‘the human’, whose security it is human security’s ambition to advance and preserve. New research and new reflexion—by anthropologists, psychologists, philosophers and others suggests that the humanity of humans is, as with most phenomena, finite, that the definition or concept that regulates it has limits, that these limits have become more tangible, and that, as a consequence, a new look at ‘human security’ is warranted.

Scientific article
J. Peter Burgess
The real at the origin of sovereignty

This article revisits the concept of sovereignty in political theory by applying tools adapted from Lacanian psychoanalytic theory. It critically reviews the premises of political subjected assumed by sovereignty, and formulates a widened concept of sovereignty based on a general understanding of the ‘self’, ‘self-relation’ and ‘identity’ as the fundamental components of sovereignty. With this concept in hand, the article then focuses on the concept of the ‘sovereign good’ common to French histories of political thought and of particular interest to Jacques Lacan in his 1959-60 seminar on the Ethics of Psychoanalysis and his 1963 article ‘Kant with Sade’. By reinterpreting the sovereignty of the sovereign good, Lacan points to a path according to which an idealised and universalised notion of the sovereign is made possible and energised through an identification of the ‘real’ with the sovereign good. By understanding sovereignty as supported by the Lacanian real, be can better understand both the forces that drive it to self-preservation and the insecurities that make its survival and longevity powerful hindrances to its dissolution

Scientific article
J. Peter Burgess
For want of not: Lacan’s conception of anxiety

Book
J. Peter Burgess
The Ethical Subject of Security: Geopolitical Reason and the Threat Against Europe

J. Peter Burgess (1999) Ivar Aasen's Logic of Nation: Toward a Philosophy of Culture. Followed by Ivar Aasen, 'On our Written Language', 'On Culture and Norwegianness', and 'Recollections from the Language Debate of Autumn 1858', J. Peter Burgess (Trans) Volda, Høgskulen i Volda Press. 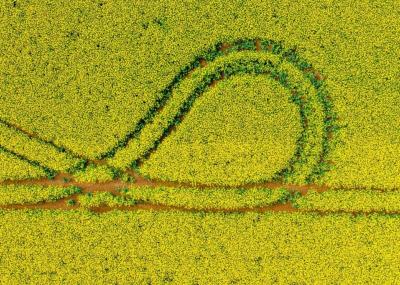