Transformation of the public/private divide (2015), University of Copenhagen

One of the most significant features of the modern liberal state, as it developed during the 19th and 20th centuries, is the public-private distinction. Yet, during the last two decades this distinction has become blurred. Public-private partnerships, private security companies, outsourcing of key welfare state functions, private intelligence etc. are all examples of this development. We are facing a fundamental transformation of the classical liberal state due to a continuous social and institutional innovation. Why does this transformation take place? What sort of implications does it have for governance structures, authority relations, social relations, the state, citizenship, the market and for civil society? Does it provide citizens with more opportunities? Will business benefit from it? Why did the public-private distinction emerge in the first place? Was it a good thing?

This course will introduce the student to the classical political theoretical debates on the politics/market distinction, examine current transformations and discuss the political, economic, and social consequences of these transformations. The overall aim is to explore and understand the nature of these transformations, including the many new institutional forms that have emerged beyond the conventional distinction between public and private actors. Moreover, the course aims to investigate the different forms of authority and governance that current political, civil and corporate practices produce by comparing these to previous practices, as well as the ideals discussed in political theory.

The distinction between public and private, as well as state and market, has since the early 18th century been absolutely fundamental to the Western understanding of the liberal state and the modern organisation of society: the idea of security, freedom and the possibility of economic prosperity (cf. Hume and Smith). Yet, we often forget how this distinction has been highly contested throughout history, and therefore how profoundly political the construction of this distinction essentially is.

Thus the course explores how current developments in the management of risk and security define the relationship between private and public authority by looking at, for example, the role of public-private partnerships, homeland security strategies on resilience, CSR, and the debate on the use of private security companies.

Why did the private-public distinction emerge in liberal political theory and why has this distinction been seen as the core of liberal thinking? To what extent did the state manage to uphold the distinction? (History of political thought)

The on-going transformation of the public-private distinction. Current challenges and debates (examples on current practice on governing of risk and security, mapping the field of different innovative institutional forms).

The implications of new forms of authority and governance structures, for the freedom-security relationship, for citizenship, for the state-market relationship.

Students are to prepare a synopsis analysis of an assigned private/public arrangement based on the course literature and lectures. The synopsis should both show an understanding of the main theoretical issues involved in the historical transformation of the private/public divide by illustrating their practical implications. The synopsis, whose length should not exceed 5 pages will be composed by assigned groups.  The synopsis will be the basis for the final oral exam.

Students will have knowledge about the history of the public -private divide and will come to understand how current practices within the field of risk and security challenge and transform this divide. Skills Student will be able to reflect upon new challenges to the classical political divisions between public and private authority and understand what these transformations influence future decision-making strategies and tools within the field of risk and security.

Teaching takes the form of lecturers, guest lectures by practitioners and discussions with students. Students must create a work-life based product defined by the lecturer (e.g. an information booklet of flyer concerning private/public partnership within the field of security risk management).

Reflection question: How do early modern understandings of society and state prefigure the public/private divide?

Weintraub, Jeff (1997) ‘The theory and practice of the public/private distinction’. Chicago: University of Chicago Press: 1-41 [41]

I. History and theory of the public sphere

Reflection question: What are the historical qualities that accompany the emergence of the European bourgeois public sphere?

Negt, Oskar and Alexander Kluge (1993) Public Sphere and Experience: Toward an Analysis of the Bourgeois and Proletarian Public Sphere. London, Verso: 1-53 (Chapter 1) [52]

Reflection question: What social/culture actors are excluded from the European public sphere and what is the structure and function of this exclusion?

Gobetti, Daniela (1997) ‘Humankind as a system: Private and public agency at the origins of modern liberalism’. In:  Jeff Weintraub and Krishan Kumar (eds.) Public and private in Thought and Practice. Chicago: University of Chicago Press: 103-131 [28]

Reflection question: What are the social, cultural, economic and political forces at work in determining the scope and limits of the public sphere?

Reflection question: What is ‘private’ about the private sphere?

Reflection question: Is the public a source of reason or affect in politics? Why should foreign policy making be 'democratic' (public, deliberative, accountable)? Why not?

Reflection question: How does the emergence of digital communication affect the practices, formats and functions of 'the public'? Does it compromise or further enhance its autonomy? Does it enable or inhibit its capacity for consensus/critique?

Reflection question: In what sense, if at all, does the presence of private security companies challenge existing regulatory regimes and accountability mechanisms in the domain of maritime security?

Reflection question: How does the use of biometric and other digital technologies by humanitarian actors contribute to a transformation of the distinction between what aspect of ‘refugee existence’ belong to the public and the private sphere respectively? And with what implications for the kinds of risks that confronts refugees as well as UNHCR in its refugee protection work?

Østensen (2013) ‘In the Business of Peace. The Political Influence of Private Military and Security Companies on UN Peacekeeping’. International Peacekeeping, Vol. 20(1), 33-47 [15]

Reflection question: How does the shift from the sovereign state to commercial actors in the field of security map onto the the transformation of the public/private divide?

Reflection question: In what ways does the politics of resilience transcend the conventional public-private divide? What are the implications for key principles of democratic control: Responsibility, accountability, transparency?

Fjäder, Christian (2014) ‘The nation-state, national security and resilience in the age of globalization’.  Resilience: International Policies, Practices and Discourses, Vol. 2(2): 114-129 [15] 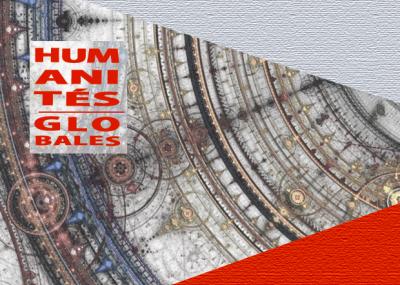